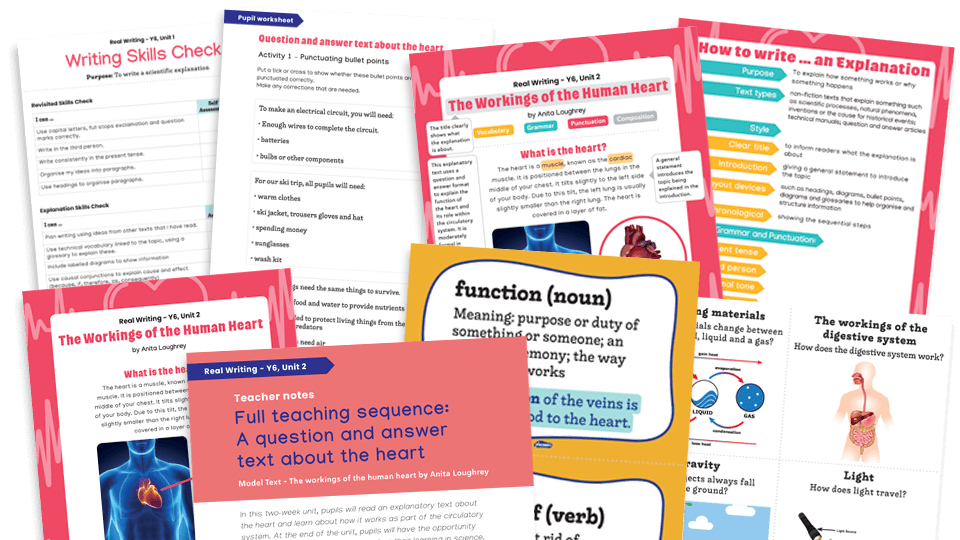 Unit overview
This writing unit for Year 6 is built around an original model text by Anita Loughrey - an explanatory text about the human heart. The example text is available as a PDF in three versions (plain, illustrated and annotated); annotated and non-annotated PowerPoint presentations are also included.

In this two-week unit, pupils will read an explanatory text about the heart and learn about how it works as part of the circulatory system. They will look closely at the features of an explanation text, including organisational devices such as headings and diagrams, and how to punctuate bullet pointed lists. At the end of the unit, pupils will have the opportunity to write their own explanation based on their learning in science

1. Vocabulary: To use organisational devices – headings and diagrams
Pupils will: revisit how headings and diagrams are used in explanation texts; pair information cards with appropriate headings; create a labelled diagram explaining how materials can change from solids to liquids and gases, and vice versa.