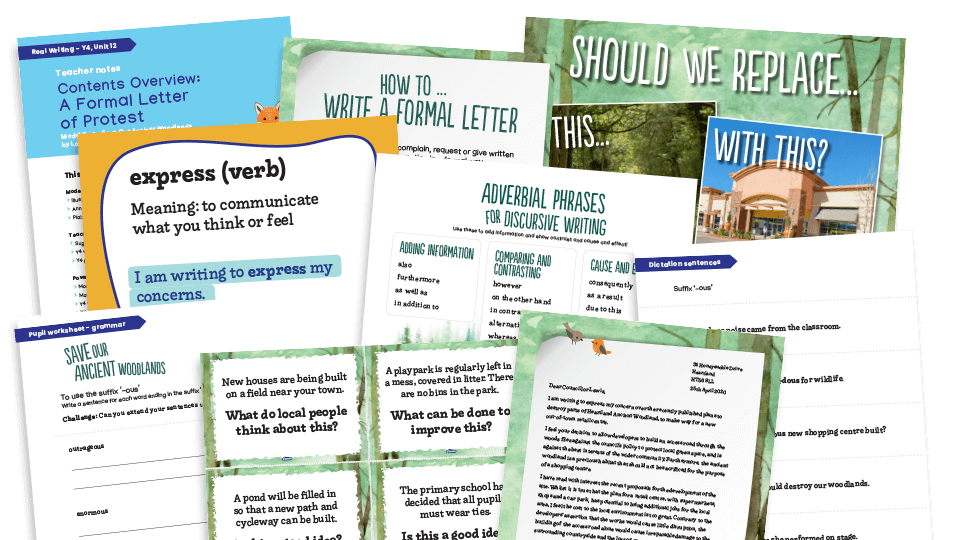 Unit overview
This writing unit for Year 4 is built around an original model text by Loretta Schauer; a formal protest letter discussing the destruction of an ancient woodland. The example text is available as a PDF in three versions (plain, illustrated and annotated); annotated and non-annotated PowerPoint presentations are also included.

In this two-week unit, pupils will investigate how the suffix ‘-ous’ can be added to words and will explore the author’s use of fronted adverbials in discursive writing. In their final writing task, pupils will write their own formal protest letter about a suggested issue, or one that is local to their school or locality. This unit could be used within a science unit based on animals and their habitats or as part of a topic based on the local area of the school.

2. Grammar: To use fronted adverbials in discursive writing