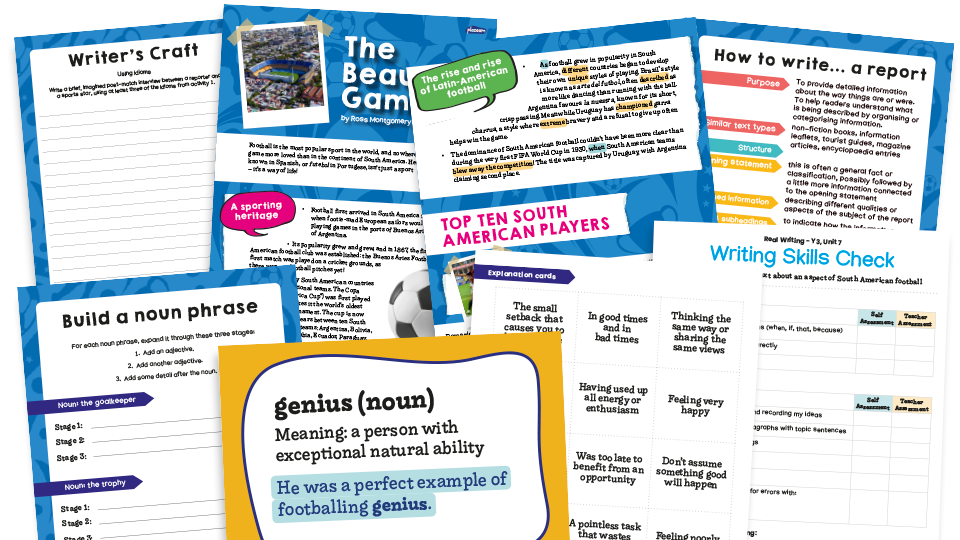 Unit overview
This writing unit for Year 3 is built around an original model text by Ross Montgomery; a non-chronological report about football in South America). The example text is available as a PDF in three versions (plain, illustrated and annotated); annotated and non-annotated PowerPoint presentations are also included.

In this two-week unit, pupils will have the opportunity to explore idiomatic language and research history and culture associated with South American football. It will culminate in them writing their own report about a particular aspect of South American football, such
as competitions, stadia and specific teams, to be combined into a whole-class report. This unit could be used as part of a topic on the human and physical geography of South America.

Key curriculum skills
Two fully-resourced lessons are included for the following Y3 English objectives, which can form part of the unit or be taught discretely: