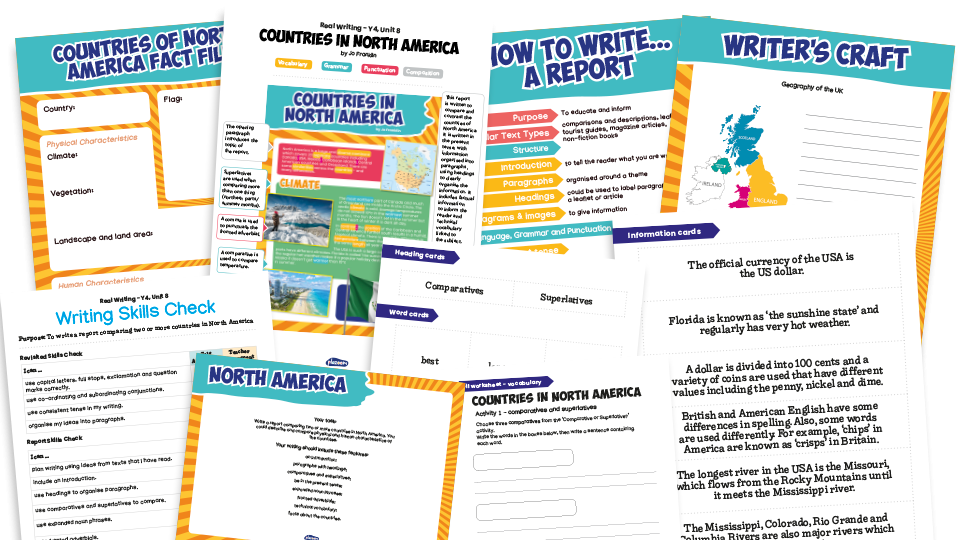 Unit overview
This writing unit for Year 4 is built around an original model text by Jo Franklin; a report about North America, describing the similarities and differences between the countries within the continent. The example text is available as a PDF in three versions (plain, illustrated and annotated); annotated and non-annotated PowerPoint presentations are also included.

In this two-week unit, pupils will investigate the author’s use of comparatives and superlatives and explore how simple headings are used to organise information. In their final writing task, pupils will write their own report comparing two or more countries in North America. This unit could be used within a geography topic on the theme of North America.

1. Vocabulary: To use comparatives and superlatives

Pupils will: organise words and phrases to show if the are using the comparative or superlative form; write sentences using comparatives and superlatives

2. Grammar: To use simple organisational devices