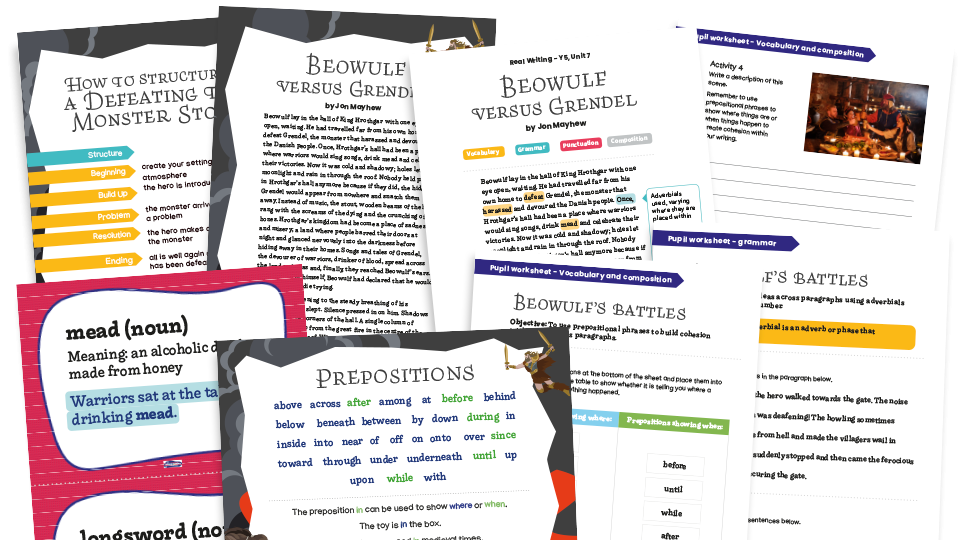 Unit overview
This writing unit for Year 5 is built around an original model text by Jon Mayhew; a ‘defeating the monster’ narrative written in the past tense. The example text is available as a PDF in three versions (plain, illustrated and annotated); annotated and non-annotated PowerPoint presentations are also included.

This 3-week unit will inspire pupils to create their own versions of the story, building atmosphere through vocabulary choices and descriptions of character and setting. Teacher notes, teaching slides and activity sheets are included to deliver these in an engaging and interesting way, linked to the model text where appropriate.

2. Grammar - Linking ideas across paragraphs using adverbials of time, place and number
Pupils will: Add adverbials to sentences and write their own sentences using adverbials; write a description of a scene shown on a worksheet, using different adverbials. There are also opportunities to revisit previous writing skills of using expanded noun phrases, prepositions, fronted adverbials and paragraphs.