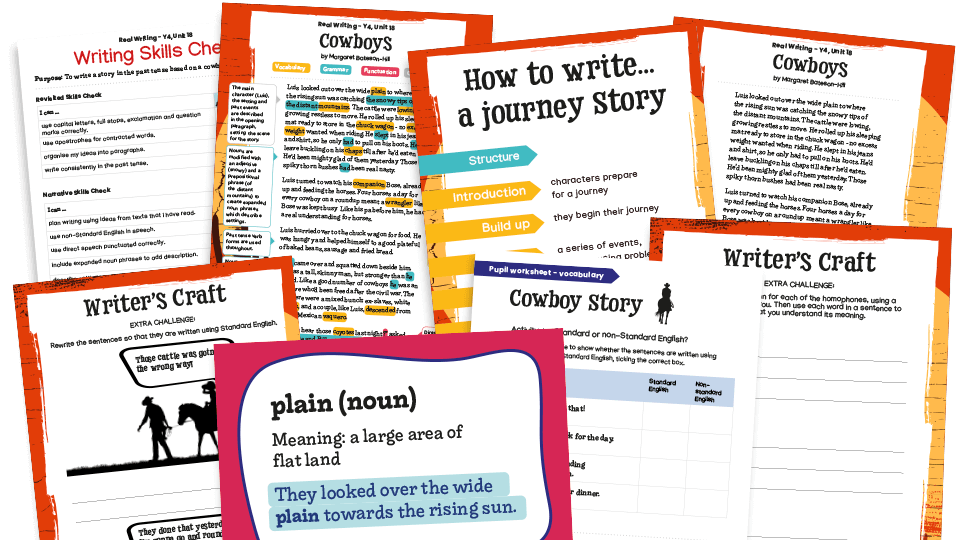 Unit overview
This writing unit for Year 4 is built around an original model text by Margaret Bateson-Hill; a descriptive story describing a cowboy’s journey across the plains of America. The example text is available as a PDF in three versions (plain, illustrated and annotated); annotated and non-annotated PowerPoint presentations are also included.

In this two-week unit, pupils will explore homophones and how their meanings and spellings differ. They will also investigate Standard English forms for verb inflections, understanding how written and spoken language can differ. In their final writing task, pupils will write their own story, based on the model text, of a cowboys journey across America. This unit could be used within a geography topic about North America.

1. Vocabulary:To spell words that are homophones

Pupils will: match homophones to their meanings; choose the correct homophones to complete a given sentence; write definitions for homophones, using a dictionary to help them