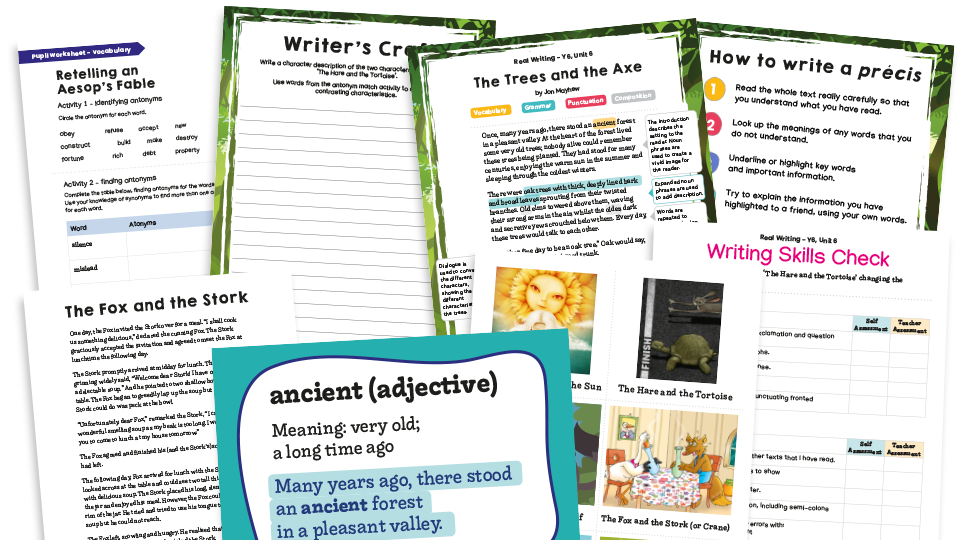 Unit Overview
This writing unit for Year 6 is built around an original model text by Jon Mayhew; a wonderful retelling of one of Aesop’s Fables. The example text is available as a PDF in three versions (plain, illustrated and annotated); annotated and non-annotated PowerPoint presentations are also included.

In this two-week unit, pupils will investigate Aesop’s Fables, learning the features of these traditional tales and how they were originally told orally, before eventually being written as a collection of stories. They will explore how antonyms are used to describe the contrast in the main characters before finally writing their own version of ‘The Hare and the Tortoise’. This unit could be used as part of a history unit on Ancient Greece.

1. Vocabulary: to know how words are related by meanings as antonyms

Pupils will: write a précis of one of Aesop’s fables