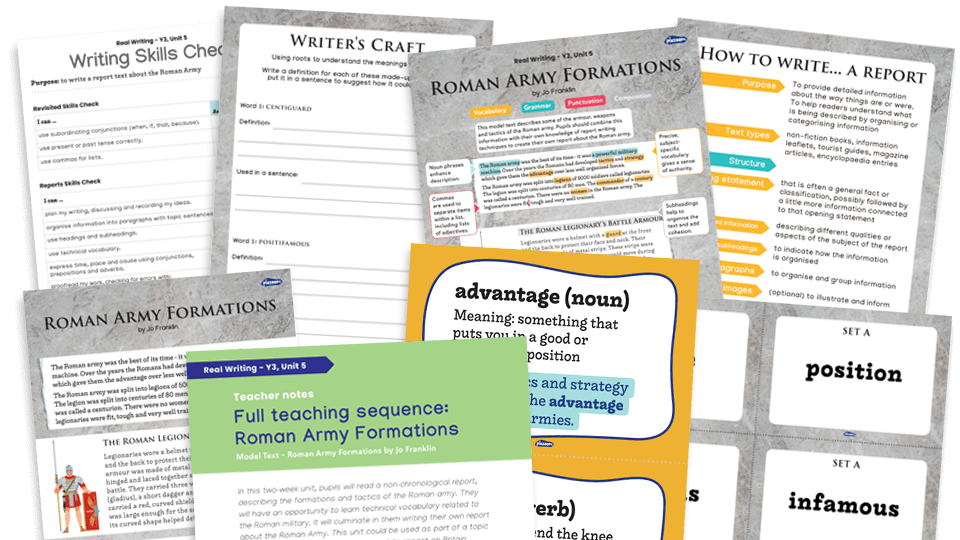 Unit overview
This writing unit for Year 3 is built around an original model text by Jo Franklin - a non-chronological report about Roman army formations. The example text is available as a PDF in three versions (plain, illustrated and annotated); annotated and non-annotated PowerPoint presentations are also included.

In this two-week unit, pupils will read the report, describing the formations and tactics of the Roman army. They will have an opportunity to learn technical vocabulary related to
the Roman military, and look at word families and organising paragraphs around a topic sentence. It will culminate in them writing their own report about the Roman Army.

1. Vocabulary - Identifying word families based on common words
Pupils will: revisit root words; look at word family trees based on Latin roots; sort words into families; suggest definitions for made-up words using their knowledge of roots, and use them in sentences.