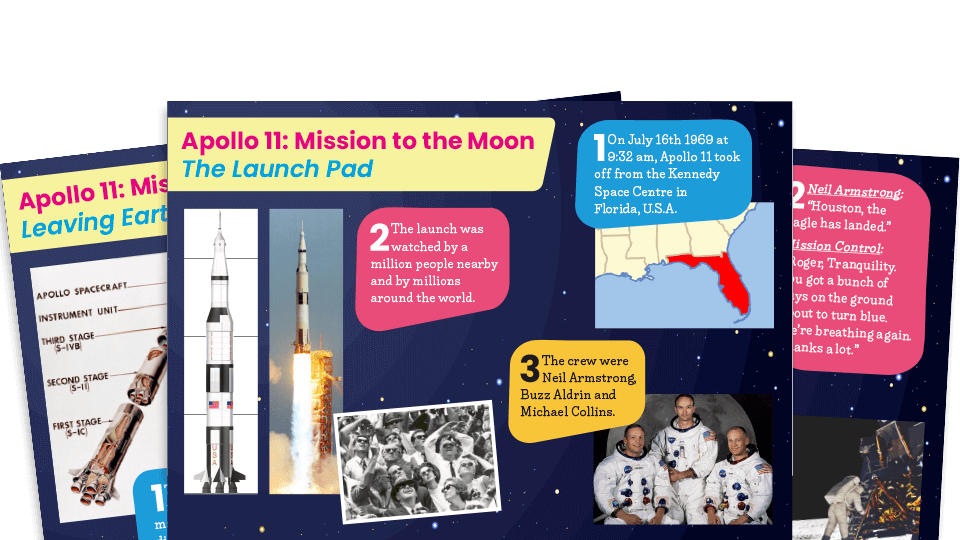 This classroom posters pack covers the five phases of the Apollo 11 Moon landing, and would be great as part of a KS2 space display or a display about exploration or the 60s.

Describe the movement of the Moon relative to the Earth.
Describe the Sun, Earth and Moon as approximately spherical bodies.
Understand that a moon is a celestial body that orbits a planet.