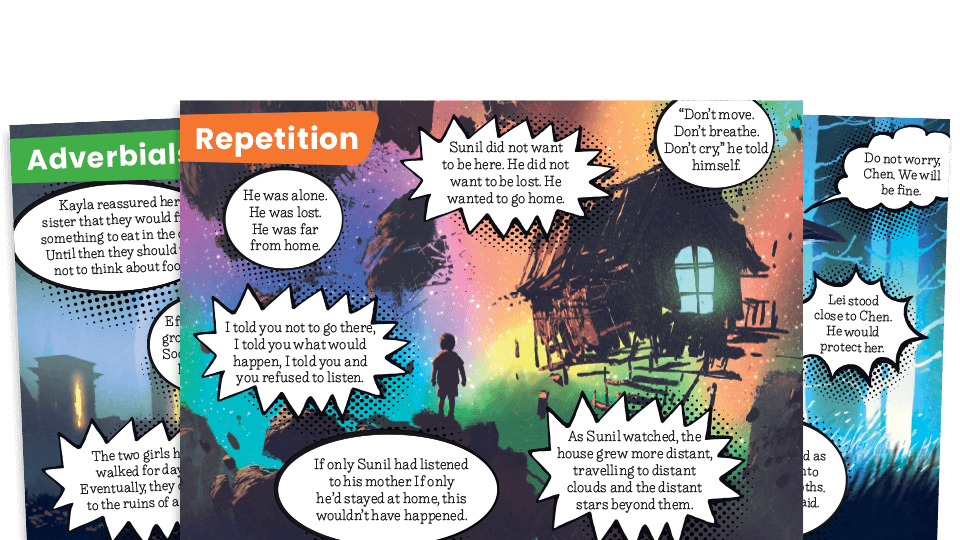 Each poster uses an exciting fantasy image accompanied by text boxes or word balloons, which include examples of cohesive devices in writing inspired by the picture.

Blank balloon templates enable you to add the children’s own ideas.

The teaching points covered in this pack are:

What are cohesive devices?

Cohesive devices are used to connect ideas, sentences and paragraphs. As the name suggests, they add coherence to what we are saying.

Poster: How to Wash Your Hands