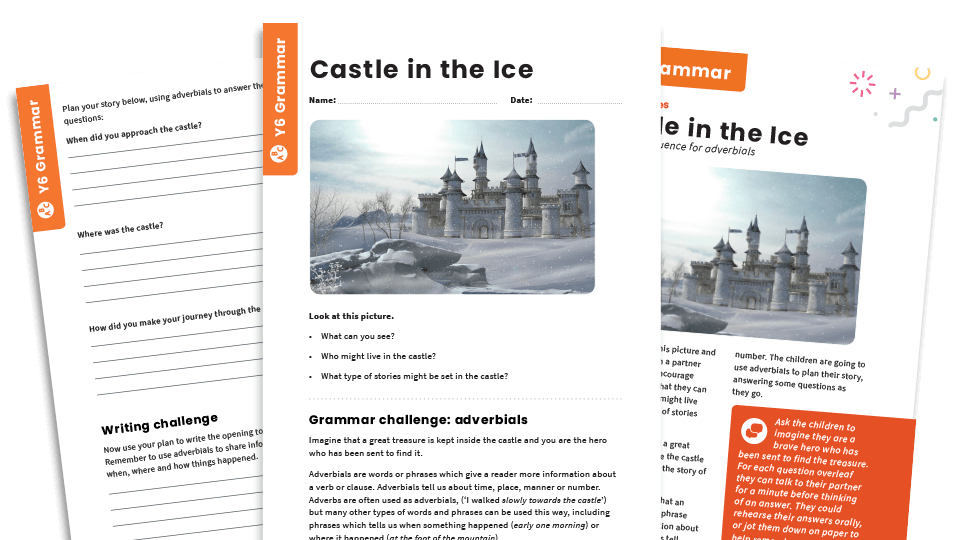 This adverbial phrase worksheet has been designed to help children revisit and recall adverbials in KS2 – a key grammatical concept from the National Curriculum programme of study for Year 6.

The session provides a motivating and memorable image to stimulate discussion, before introducing adverbials. Children have time to practise using this feature, before undertaking a short writing task to apply what they have learnt in the context of creative writing. This resource will help pupils practise KS2 adverbial phrases and KS2 time adverbials.

An adverbial is a word or phrase that is used, like an adverb, to modify a verb or clause. Adverbs

can be used as adverbials, but many other types of words and phrases can be used this way, including preposition phrases and subordinate clauses.

She promised to see him last night. [noun phrase modifying either promised or see, according to the intended meaning]

She worked until she had finished. [subordinate clause as adverbial]

Linking ideas across paragraphs using a wider range of cohesive devices: the use of adverbials.