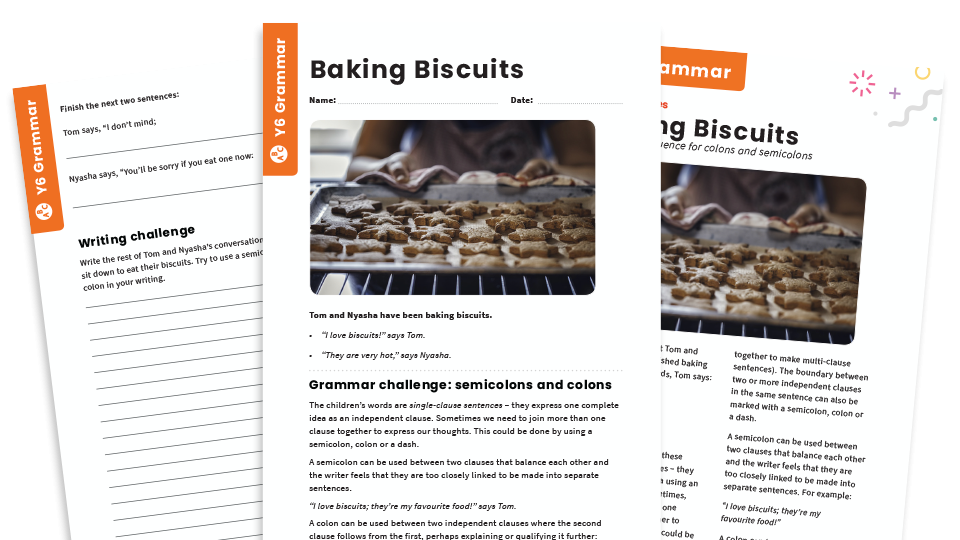 This teaching sequence has been designed to help children revisit and recall a key grammatical concept from the National Curriculum programme of study for Year 6.

The session provides a motivating and memorable image to stimulate discussion, before introducing the grammar element, which is ‘colons and semicolons’ (pt 1).

Children have time to practise using this feature, before undertaking a short writing task to apply what they have learnt in the context of creative writing.

Pupils should be taught to indicate grammatical and other features by using semicolons, colons or dashes to mark boundaries between independent clauses [and] using a colon to introduce a list.