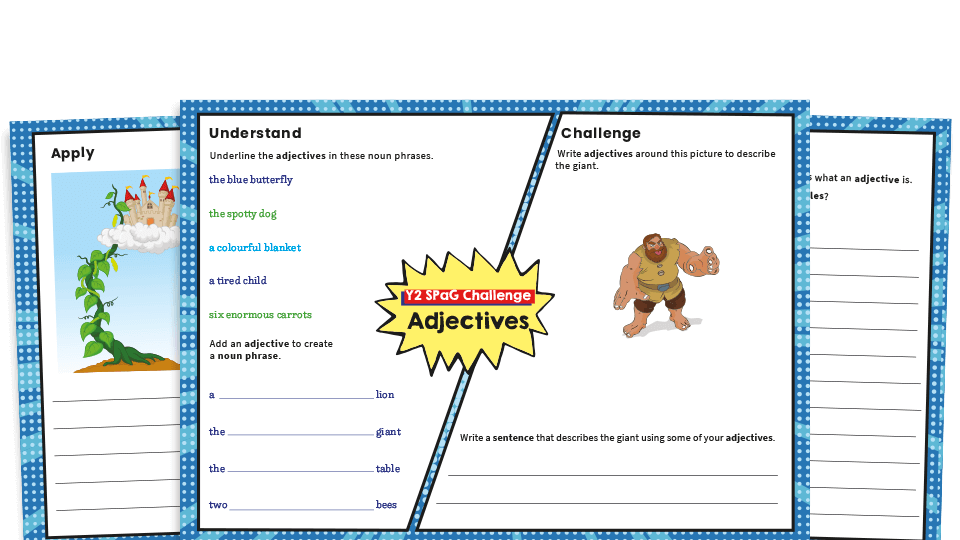 This bright, appealing Key Stage 1 grammar worksheet is an excellent way to practise and revise using adjectives in Year 2 or as part of revisiting word classes in KS2.