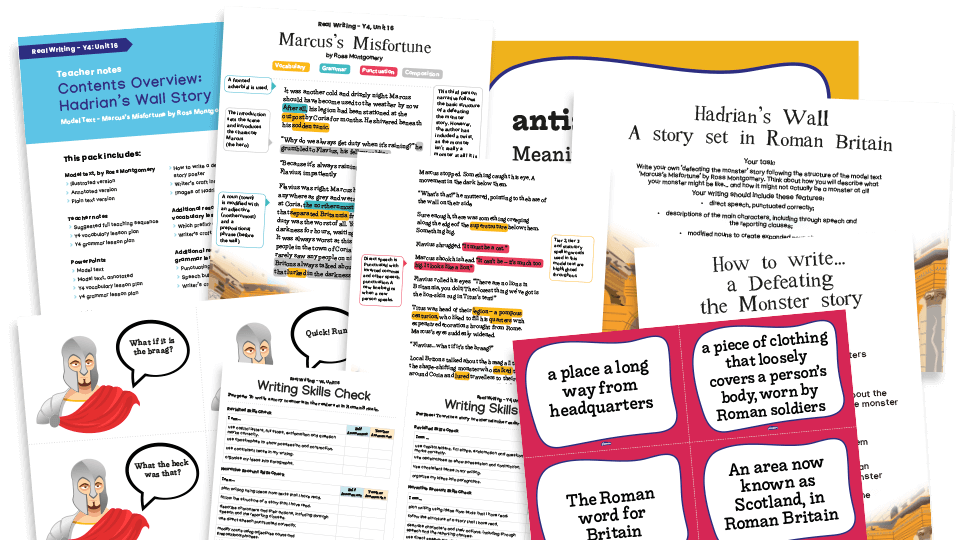 Unit overview
This writing unit for Year 4 is built around an original model text by Ross Montgomery; an engaging story set in Roman Britain which follows the structure of a defeating the monster story. The example text is available as a PDF in three versions (plain, illustrated and annotated); annotated and non-annotated PowerPoint presentations are also included.

In this 3-week unit, pupils will explore adding the prefixes auto-, super-, anti- and mis- to words and how they change the meaning of the root words. They will also learn how to punctuate direct speech and investigate how the reporting clause can be used to show meaning and actions. In their final writing task, pupils are asked to write their story set in Roman Britain, following the structure of the model text. This unit could be used within a history topic about Roman Britain.

Pupils will: proof-read sentences, adding punctuation needed for direct speech; rehearse sentences to explore how speech could be said, thinking about the reporting clause; write speech, punctuating this correctly