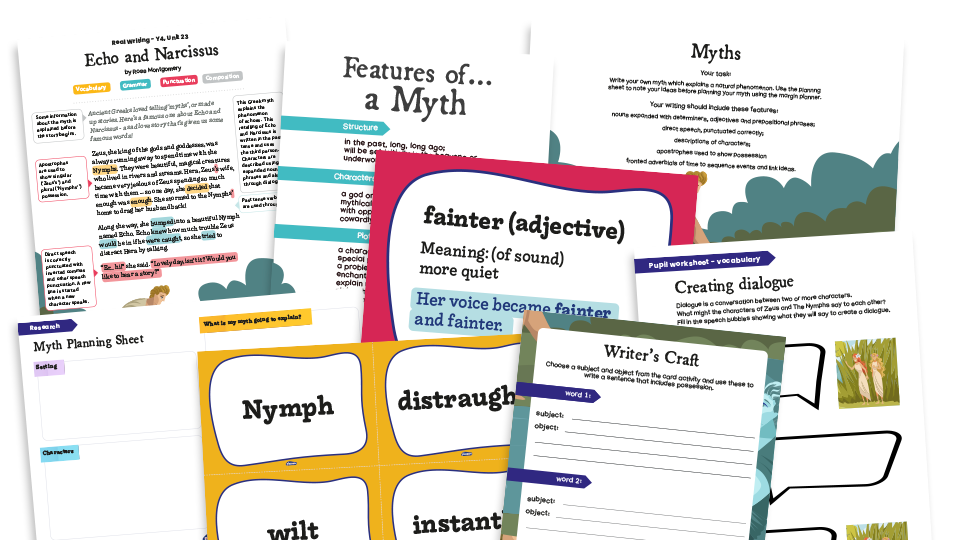 Unit overview
This writing unit for Year 4 is built around an original model text by Ross Montgomery; a delightful retelling of the Greek Myth Echo and Narcissus. The example text is available as a PDF in three versions (plain, illustrated and annotated); annotated and non-annotated PowerPoint presentations are also included.

In this 3-week unit, pupils will explore the difference between plurals and possessives and will learn how to punctuate direct speech, creating dialogue between characters. In their final writing task, pupils will write their own myth that explains a natural phenomenon, using ideas from the model text. This unit could be used within a science topic on sound, or the story could be used during a topic on Ancient Greece.

1. Vocabulary: To use the possessive apostrophe in words that are plurals